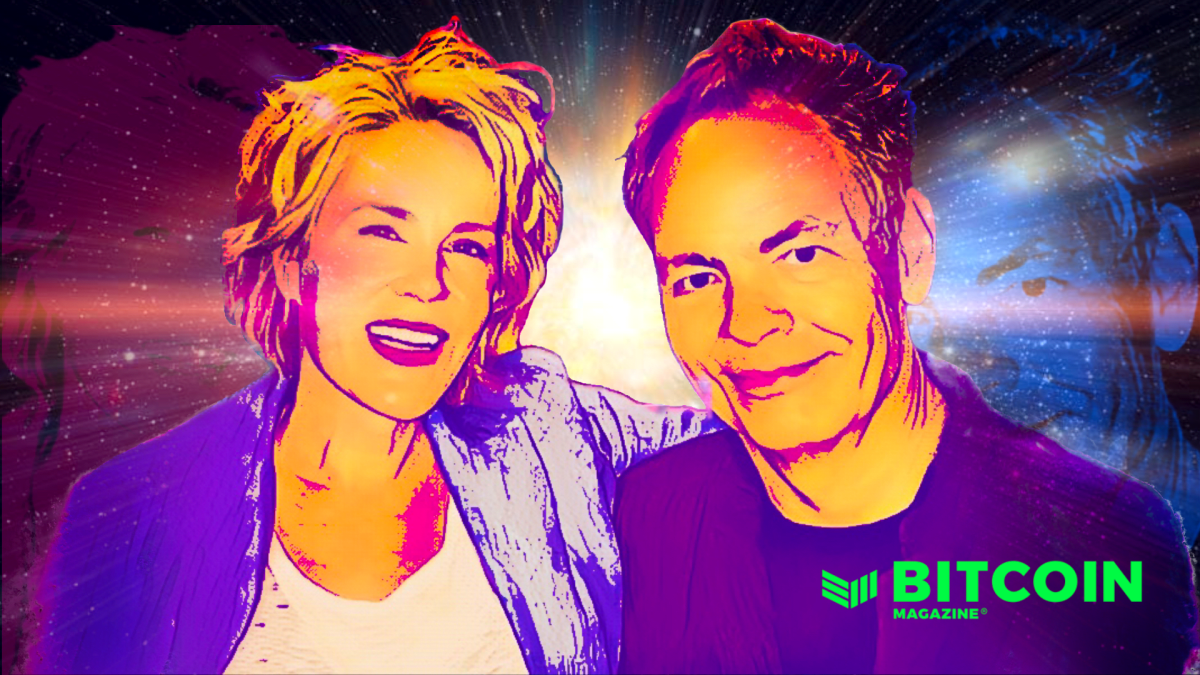 Stacy Herbert met Max Keiser in a French internet café in 2003. To that point, her media career had been primarily spent behind the scenes as a script consultant and “development girl” in Hollywood and the stories Keiser was telling her about banking and finance, as well as the energy with which this former Manhattan-based standup comedian regaled her, inspired her to join forces with him.

“I’ve always been the intermediary between the audience and the talent, the movie stars, the TV stars, the comedic writers and stuff like that,” Herbert told Bitcoin Magazine. “Our conversations there were like, how to get the stories Max is telling me onto the screen, how to get it onto a podcast, back in 2003, before there were really podcasts.”

Since then, the pair has produced television content for the BBC and BBC World (a platform Herbert called “very oppressive,” but also the one that first brought her in front of the camera with Keiser), Al-Jazeera, the Iranian state-owned news network Press TV and Russian state-controlled network RT. This content has always pertained to the financial world, framing Wall Street banks as the antagonists and the system as rigged against the majority, but it wasn’t until Bitcoin came along that the pair found their protagonist, their “superhero,” as Herbert described it.

In addition to working together, Herbert and Keiser are married. Anecdotally, I have rarely seen one without the other sharing a stage or close by. Keiser is certainly the more colorful character of the two (he was called “crypto Willy Wonka” by “Daily Show” host Trevor Noah after a manically-energetic appearance at Bitcoin 2021), while Herbert considers herself his “operating system” (she was the one to confirm our interview appointment and grab Keiser when it was scheduled to begin).

“I always think of our relationship as a gang of two,” Keiser told Bitcoin Magazine. “It’s a very small gang, there’s only two people in the gang, but that’s how we approach our work and our life. We’re out there traveling the world, pushing the Bitcoin maximalist message and we look out for each other, as gang members do, and we trust eachother like we’re in the gang. We have an oath that we took, called ‘marriage,’ like you find in a gang, and we love the gang lifestyle.”

Today, in addition to RT’s “The Keiser Report” and other projects, the couple produce the “Orange Pill Podcast,” which just reached its one-year anniversary and receives 500,000 to one million downloads and views per episode, according to Herbert. I spoke with them as they prepared for the Phoenix, AZ leg of their “F*ck Elon Tour,” live nights of Herbert interviewing Bitcoin thought leaders and Keiser performing standup routines in which he impersonates central bankers in skimpy clothing.

Since participating in the first-ever Bitcoin conference in 2011, Keiser has become Bitcoin’s most reliably-outrageous maximalist, someone who can raise the energy in a room like few others who have as much knowledge and commitment to what is ultimately an open-source software project.

Herbert said that her process is more research-focused and centered on juxtaposing international headlines with historical precedence, and she certainly seems to focus Keiser’s messages when they share a platform.

Between the two of them, it’s clear that their media products are impacting people around the globe. As Alex Gladstein recently reported for Bitcoin Magazine, the “Keiser Report” serves as a “Trojan horse of sorts, reaching a large number of Cubans and Venezuelans through state programming and onboarding them into the new Bitcoin economy.”

In many ways, the couple offer a living definition of the Bitcoin lifestyle — traveling the world, regularly talking about and actively trying to convert others to Bitcoin adoption, and essentially viewing every component of life through the lens of this transformative technology. Promoting that lifestyle appears to be the common thread through their podcast, broadcast work and live productions, and they’re optimistic about its power as a cultural force.

“We’re at a point where the Bitcoin lifestyle becomes more the dominant zeitgeist,” Keiser said. “We’ve lived through several periods of cultural revolution. I’ve been through a few, the internet and the ’90s was a cultural revolution… And then, going back to the ’60s, of course… I think Bitcoin is this next and best, final and ultimately the winner in terms of preserving that freedom revolution that we’ve experienced a few times before.”

With their unique combination of outrageous and informative content, delivery of anti-fiat messages on state-sponsored platforms, and reputation as broadcast journalists obsessed with Bitcoin memes, Herbert and Keiser seem to embody the current state of hyperbitcoinization — the process by which Bitcoin grows into the world’s value system. Some may foresee this process as one that ends with Bitcoiners holed up in fortified citadels as the fiat-based world around them crumbles. But Herbert sees the process involving adoption by the powers that be as the fiat world steadily declines and Bitcoin enables more egalitarianism.

“It’s going to be through orange pilling those powers because because hyperbitcoinization is happening right now, it’s in El Salvador, it’s in the ‘Orange Pill Podcast’ Telegram group,” she said. “You saw it at Bitcoin 2021, when somebody like Chamath [Palihapitiya] who’s a billionaire comes in and says, ‘Hey, I’m a billionaire, I know what I’m talking about, listen to me.’ And the plebs go ‘fuck you’ and he’s off the stage. That’s remarkable.”

Keiser, as always, was a bit more cosmic when discussing his vision for the Bitcoin future.

“Every block syncs up everything that’s ever happening in the past and gives us the possibility of there being a mysterious future, because you never know where the difficulty adjustment’s going to land,” he said. “So, everything before us is mysterious, everything behind us is completely on the blockchain and unchangeable. And that gives us the ability to exist in the ever-present now, the infinite now. And now we’re entering that gravity well, we’ve crossed over the Bitcoin singularity, we’re heading now to that point of the face of God, as I like to call it. We’re about to find out why we’re here and that’s incredibly interesting.”

It may not be certain exactly how hyperbitcoinization will continue to unfold. But as it does, you can count on Herbert and Keiser to lead the march, holding hands the whole way.