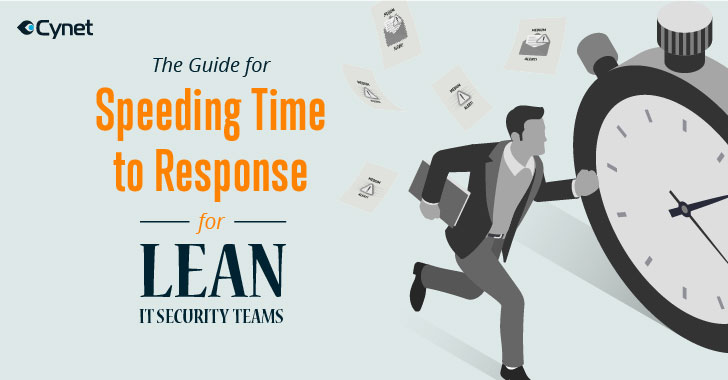 Most cyber security today involves much more planning, and much less reacting than in the past. Security teams spend most of their time preparing their organizations’ defenses and doing operational work. Even so, teams often must quickly spring into action to respond to an attack.

Security teams with copious resources can quickly shift between these two modes. They have enough resources to allocate to respond properly. Lean IT security teams, however, are more hard-pressed to react effectively. A new guide by XDR provider Cynet (download here), however, argues that lean teams can still respond effectively. It just takes some work.

For teams that are resource-constrained, success starts with having a clear plan and putting the tools and infrastructure in place for the organization to follow properly. The guide breaks down the tools, factors, and knowledge that go into optimizing an organization’s time to respond.

Today’s cyber-attacks take hours or less to succeed. Once ransomware is activated, it takes just a few seconds to begin encrypting any file it finds. This makes speed one of the biggest keys to success in mitigating the damage and preventing further attacks. Any delay could be disastrous.

To avoid delays from the start – whether they stem from communication issues, lack of defined roles, or simply not knowing what to do – lean organizations must build clear, transparent incident response plans.

According to the guide, a good incident response plan includes these six elements:

Having the right tools

A good plan is a great start, but it’s not enough by itself. Lean security teams must have the right tools and platforms to help them cover the gaps in their defenses without creating more work and stress. This is where tools such as response automation, advanced detection and response, network security, and threat intelligence come into play.

More important, though, is how teams build the right stack to maximize their efforts without getting bogged down in managing a complex system. In terms of speed to response, having tools on a single pane of glass offers the best opportunity to respond quickly to an attack.

You can learn more by downloading the guide here.