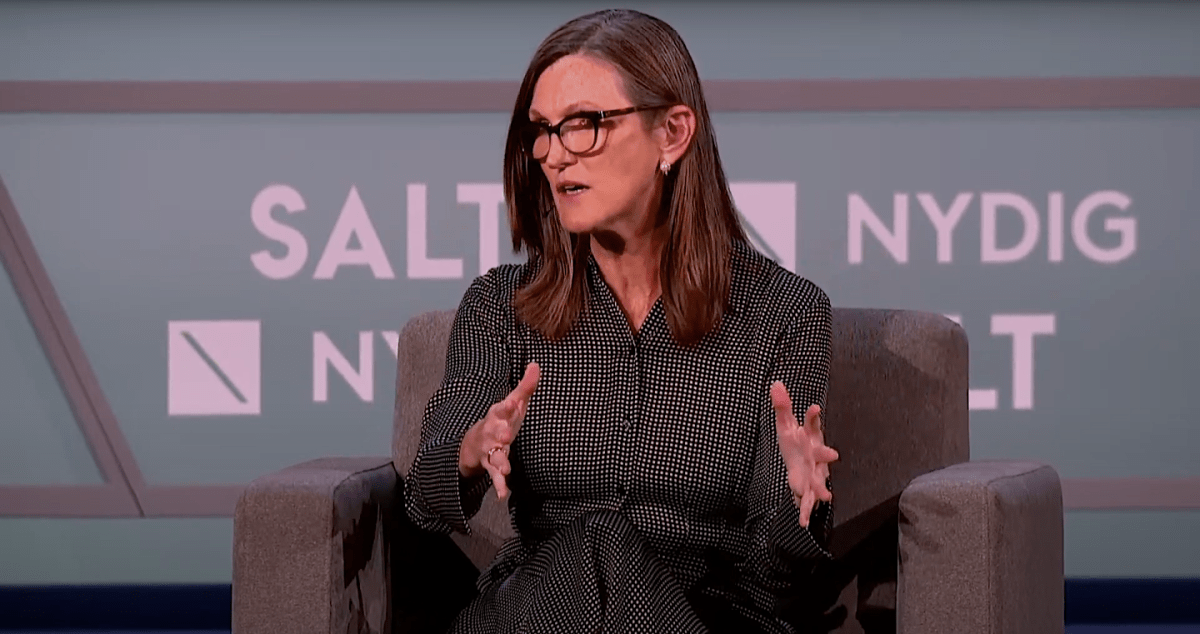 Ark Invest CEO Cathie Wood said she expects Bitcoin to soar to $500,000 in five years time during an interview with CNBC anchor Andrew Ross Sorkin at the SALT Conference in New York City on Monday.

During the interview, Sorkin notably asked Wood what Bitcoin would be worth in five years.

Wood responded, “If we’re right and companies continue to diversify their cash into something like Bitcoin, and institutional investors start allocating 5% of their funds in Bitcoin […] we believe the price will be ten-fold what it is today. Instead of $45,000, over $500,000.”

Later on, however, Wood was asked outright, if you could only own one cryptocurrency what would it be? She responded, “That is becoming a harder and harder question to answer.”

“I think I’d default still to Bitcoin because countries are now deeming it legal tender and we haven’t even put that into our thinking.”

The statements follow a week in which El Salvador became the First Nation to recognize Bitcoin as legal tender and Wood’s Ark Invest filed for one of its funds to invest in Canadian Bitcoin ETFs.

In a late filing on Friday, the $5.7 billion ARK Next Generation Internet ETF (ARKW) changed its prospectus to include exposure to Bitcoin via Canadian ETFs.

The U.S. market is still eagerly awaiting the SEC’s approval of a Bitcoin ETF. A series of funds have recently filed with the SEC for Bitcoin Futures ETFs. Notably VanEck, Invesco, Goldman Sachs, Grayscale Bitcoin Trust and Viridi Funds have all recently filed for or begun to offer investment vehicles tied to Bitcoin ETFs.

The uptick in ETF registrations by large firms is testament to a large and growing demand for exposure to Bitcoin through traditional investment vehicles in the United States.

ARKW already enjoys about a 5.5% exposure to Grayscale Bitcoin Trust, according to Bloomberg. GBTC is one of the fastest paths to access Bitcoin via fund in the United States. Although the sixth month forced lockup period before shares can be redeemed causes the trust to divorce from the Bitcoin price and as a result it normally trades at a major premium or a discount, which explains why ARK would seek exposure through other Canadian ETFs.