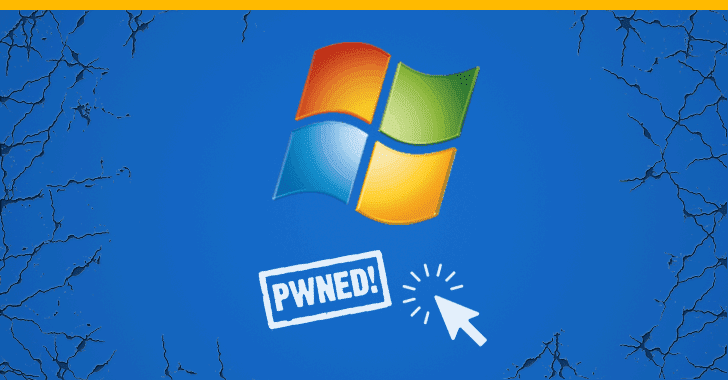 Cisco Talos disclosed that it “detected malware samples in the wild that are attempting to take advantage of this vulnerability.”

Tracked as CVE-2021-41379 and discovered by security researcher Abdelhamid Naceri, the elevation of privilege flaw affecting the Windows Installer software component was originally resolved as part of Microsoft’s Patch Tuesday updates for November 2021.

However, in what’s a case of an insufficient patch, Naceri found that it was not only possible to bypass the fix implemented by Microsoft but also achieve local privilege escalation via a newly discovered zero-day bug. 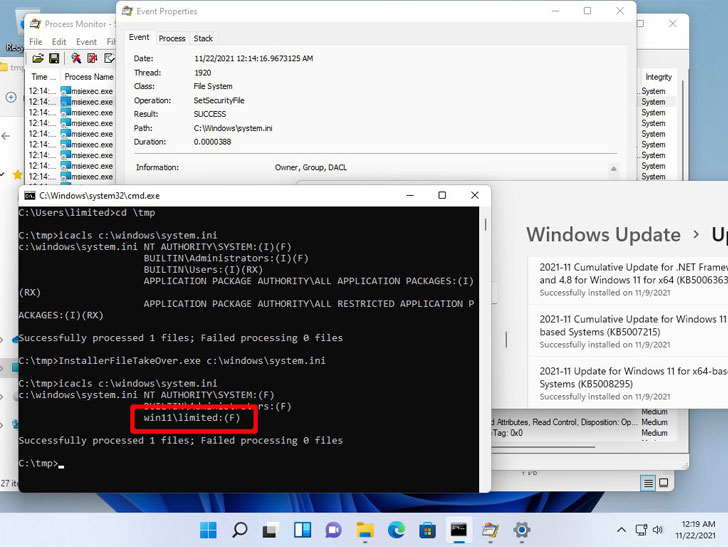 The proof-of-concept (PoC) exploit, dubbed “InstallerFileTakeOver,” works by overwriting the discretionary access control list (DACL) for Microsoft Edge Elevation Service to replace any executable file on the system with an MSI installer file, allowing an attacker to run code with SYSTEM privileges.

An attacker with admin privileges could then abuse the access to gain full control over the compromised system, including the ability to download additional software, and modify, delete, or exfiltrate sensitive information stored in the machine.

Naceri noted that the latest variant of CVE-2021-41379 is “more powerful than the original one,” and that the best course of action would be to wait for Microsoft to release a security patch for the problem “due to the complexity of this vulnerability.”

It’s not exactly clear when Microsoft will act on the public disclosure and release a fix. We have reached out to the company for comment, and we will update the story if we hear back.